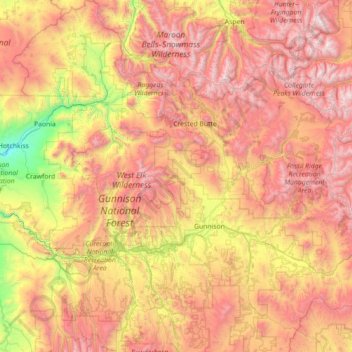 Gunnison County is the fifth-most extensive of the 64 counties in the U.S. state of Colorado. As of the 2010 census, the population was 15,324. The county seat is Gunnison. The county was named for John W. Gunnison, a United States Army officer and captain in the Army Topographical Engineers, who surveyed for the transcontinental railroad in 1853.