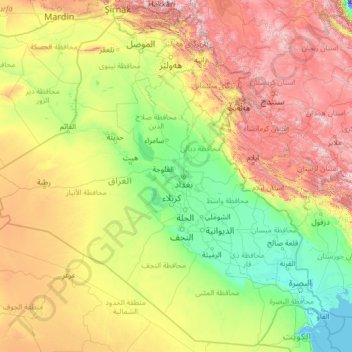 The capital, Ninus or Nineveh, was taken by the Medes under Cyaxares, and some 200 years after Xenophon passed over its site, then mere mounds of earth. It remained buried until 1845, when Botta and Layard discovered the ruins of the Assyrian cities. The principal remains are those of Khorsabad, 16 km (10 mi) N.E. of Mosul; of Nimroud, supposed to be the ancient Calah; and of Kouyunjik, in all probability the ancient Nineveh. In these cities are found fragments of several great buildings which seem to have been palace-temples. They were constructed chiefly of sun-dried bricks, and all that remains of them is the lower part of the walls, decorated with sculpture and paintings, portions of the pavements, a few indications of the elevation, and some interesting works connected with the drainage.